How to Drive Change That Sticks in Your Sales Organization

“There is no such thing as the status quo.” If you think about it, this quote could not be more true today. Uber and Lyft owns no cars, Airbnb has no buildings and for the first time ever, cell phones have surpassed land lines as of January this year. The ancient Greek philosopher Heraclitus reminds us that “the only thing that is constant is change.”

To learn from the best, we brought in 3 industry leaders who have experienced creating “sticky” change firsthand.

Discover how they knew it was time to make a shift, the key ingredients for success and the role leaders play in sustaining change.

Part 1: Enough! When is it time to make a change?

There is a moment where the dissatisfaction with the current situation is higher than the pain associated with creating a shift; that’s when change begins to happen. Similarly, John Kotter’s book on leading change highlights that the number one thing that is needed to create change is a sense of urgency.

We asked each leader: “What was the moment that caused your organization to make a change?”

Jamie Auerbach shared that Scotiabank knew it was time to make a shift after they realized they were no longer only competing against the big 5 banks in Canada. The volume and type of new entrants has changed dramatically over the last 5 years.

Scotiabank needed to transform their culture to create consistent customer and employee experiences to remain competitive. As a result, Scotiabank embarked on a 2-year project that is now in its last 12 weeks to embedding large scale change across their organization.

A Need for Stronger Connections

Tara McKeown shared that although Connexus is a smaller provincial credit union based in Saskatchewan, they are the result of dozens of mergers with legacy cultures and behaviors. Creating alignment and consistency across the credit union became a pressing need.

The other reality for Connexus was turnover. Not only had member behavior changed, employee behavior changed considerably as well. It used to be that one employee would work at the credit union for 10-15 years who would train everyone. Without this tenure, there was nothing else to ensure that the member experience would remain consistent.

For Connexus, the cost of not changing is becoming less and less relevant to members. They needed to create stronger connections to remain top of mind in face of the transformation and disruption that is happening in the credit union industry.

A Reality Check from Customers

Dan Krug shared a fascinating story on what made Nucor start to do things differently.

Although Nucor is North America’s largest producer of steel, it hasn’t always been that way. In the 1970s, Nucor began competing with the large steel companies with a different type of technology called mini mills. Along with this and other incremental innovations along the way, Nucor was able to produce steel at a fraction of the cost.

After years of operating with this cost advantage, where they competed on price, Nucor found themselves in a situation of global oversupply and in a down cycle that was very different from the past due to the global competitive landscape. As a result, Nucor started asking different questions about how they were engaging with their customers.

Nucor partnered with Gallup to survey their customers on their level of engagement. The survey results highlighted a significant opportunity to equip their teams with the skills to better serve their customers. It was this feedback that created the sense of urgency that Nucor needed to make change happen.

In all 3 examples, changing competitive landscapes and the need for stronger connections with customers, members and employees created the sense of urgency necessary to jumpstart the change process.

Part 2: The Key Ingredients for a Successful Transformation

A group of individuals at any level in the organization who become the champions of change.

2. Develop a Clear Vision and Strategy

A sensible and appealing picture of the future that stays constant, with a strategy for how the vision can be achieved. The strategy must be flexible enough to adapt over time.

Share the vision with employees and customers or members. Most importantly, share why the change is needed and be sure to also communicate the benefit to them in going through this change. Ensure everyone has a clear line of sight into what happens now.

Remove obstacles that are getting in the way of supporting change. Give the team confidence and competence to support the change initiative and create momentum.

We turned to our 3 industry leaders to share their perspective on what ingredients were critical as they implemented change across their organizations. 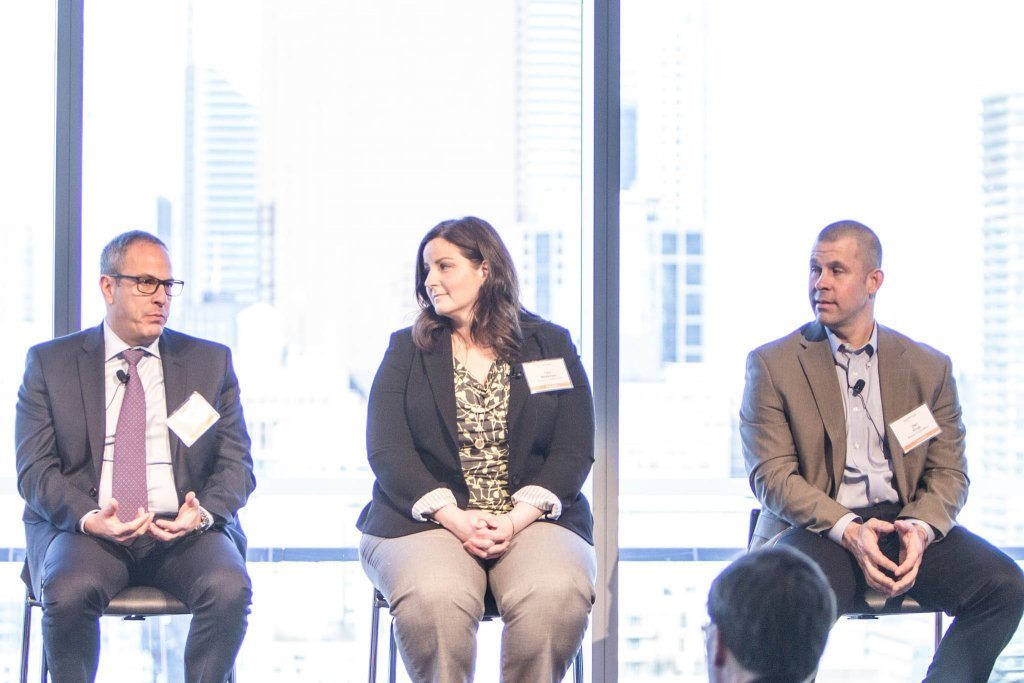 Dan Krug shared that one of the most critical components to making change stick at Nucor was developing a clear vision and strategy that was communicated in a way that would motivate the organization. Nucor created a compelling story around their vision and strategy to illustrate where they were going, why they were doing it, and how their sales organization fit in. Not only was the story very well received, it created a lot of energy in the organization and it had multiple levels of leadership engagement which played a significant role in ensuring sustainability.

Jamie Auerbach shared just how immense the branch transformation was for Scotiabank. They changed just about everything that could be touched in the bank. To best communicate their change vision and strategy to achieve it, Scotiabank partnered with DoubleDigit Sales to create a playbook for their branches. The playbook is a resource for all employees that contains over 100 initiatives at the branch level around sales, service and management.

Rather than implementing change all at once across the country (which is very high risk), Scotiabank parsed out their branches into groups of about 150 that they call “waves”. These waves went through a 12-week program, driven by a change leader, to help them go through the program and implement the changes. The first 6-7 weeks focused on all hundred initiatives getting put in the network. The second half of the program is all about sustainment and making sure there is adoption.

Scotiabank continued to improve and modify the playbook with each phase of the roll out. Scotiabank would put the change in place, get feedback from the field, understand how the change was implemented and re-write the playbook. This iterative process is critical, and the playbook will continue to evolve with their organization.

Tara McKeown shared that at Connexus, there used to be a division between member facing staff and corporate services. What Connexus did very well throughout the change process was supporting their member facing and corporate services teams by ensuring they were equipped with the confidence and competence to implement change. Connexus partnered with DoubleDigit Sales to thoroughly prepare both teams so that there was complete and total consistency across the organization.

To make change stick, Connexus decided to brand their training program, called Empower. They wanted their sales initiatives to be very purpose driven and aligned to create an intentional coaching culture. Connexus worked closely with DoubleDigit Sales to customize their training program in a way that was not only true to their culture, but also communicated a new internal language for their leaders to use with their staff and with each other. Empower is similar to Scotiabank’s Playbook in that it contains everything from how to coach and interact with one another to how Connexus interacts with their members.

In partnering with organizations to drive sustainable behavior change for the past 18 years, it has become clear that learning happens best when:

Knowing that leaders play a critical role in sustaining change, we asked each industry leader share how their leadership teams contributed to evolving their organizations.

Connexus was very intentional about having their leaders model the new behavior to create accountability. For Connexus, accountability is a placeholder for alignment, which made modeling the new common language and approach extremely important. Connexus learned early on that when leaders work together, they are able to sustain change. It only takes one of their leaders using old language or an existing approach to set back their investment in changing their culture.

Scotiabank was deliberate in ensuring they were not taking responsibility away from the Branch Managers or District Vice Presidents. It was too easy to rely solely on the change leads and hold them responsible for driving the initiative. Instead, Scotiabank made it clear that the change leads were not taking the spot of the Branch Manager or District Vice President, rather to be responsible for supporting their teams through the change process.

To make the change stick, Scotiabank relies on their Branch Managers and District Vice Presidents to keep the program alive, to make sure that they are staying true to the program and making sure they have the right tools and support along the way.

Nucor is comprised of individuals who have been in the steel industry for a long time. In going through a transformation of this size, it became apparent that leaders are critical to providing the courage and building the confidence and competence of their teams. Ensuring that the right leaders are in place has become one of the most critical elements to making change stick. Nucor doesn’t want leaders who are merely falling into a prescribed practice, they look for people who will make decisions, using their own judgement and taking ownership of the change process. Their incentive systems and hiring process are aligned with that.

Nucor underestimated the amount of support leaders needed to drive the change process. In partnership with DoubleDigit Sales, Nucor was able to help their leaders by providing them with the right tools and support necessary to make change stick. They then focused on the sales teams to ensure a common language and approach was in place -- increasing the confidence and competence of the sales organization. 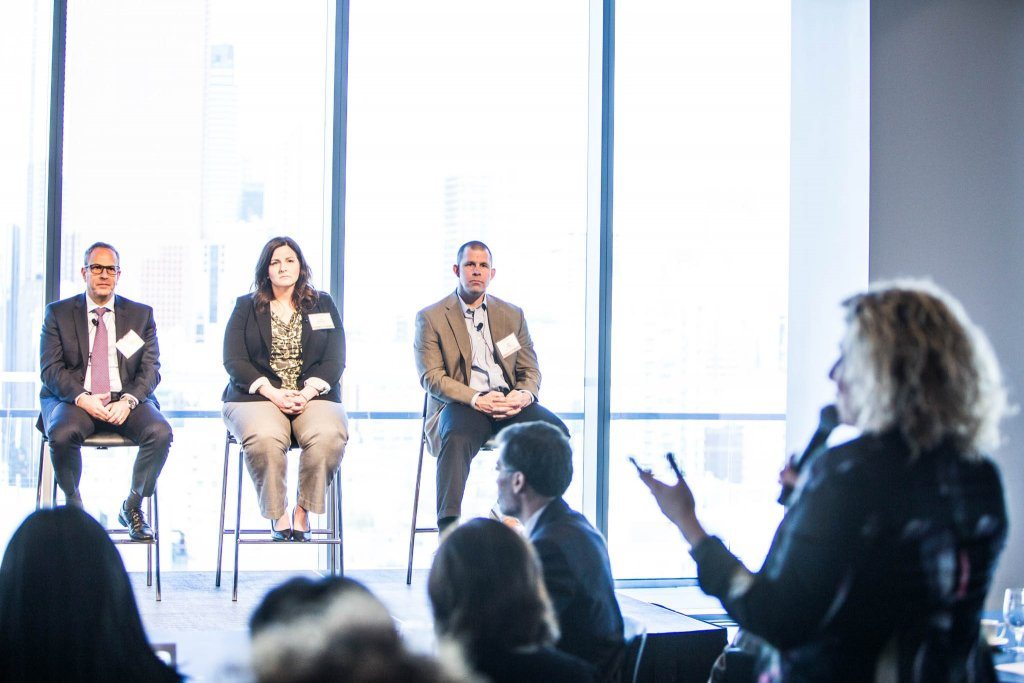 Having implemented large scale cultural transformations in their organizations, we were curious if in hindsight, any of the industry leaders would have done anything differently.

Dan feels like the Nucor team could have been more measured in thinking about the steps to execution before putting in place the process and expectations on their teams. They underestimated to what extent the existing mindset and behaviors were deeply ingrained in the organization. Dan would have liked to spend more time thinking through who exactly would champion the change and who would be the early adopters to create early momentum.

For Scotiabank, one of their roadblocks was employees’ willingness to adopt the amount of change that Scotiabank was going through. In their first 20 branch pilot, Scotiabank learned that they had done too much too fast. They had to pivot, accelerate some pieces and slow down others to make sure they had the right cadence to implementing change effectively.

Scotiabank also needed to get buy-in from their Branch Managers. On top of implementing this wholesale change across their organization, they were also implementing a new management structure. Pivoting the organization and getting buy-in from the network, from District Vice Presidents and their employees, was certainly a challenge and an area they would have liked to spend more time on.

Interestingly, one of the initial challenges for Connexus was patience. The leadership team had absorbed the change quickly and was ready to move on to the further initiatives before the rest of the organization had time to adopt the change. For the leadership team, it took a lot of patience, discipline and focus to stand back and carry everyone else through the change journey.

Evolving as an organization is the furthest thing from easy. It takes time, discipline and the right support to implement change in a sustainable way.

For more ideas on how to create lasting change, let us know what you are trying to create in your organization. We would be more than happy to support you on your change journey.